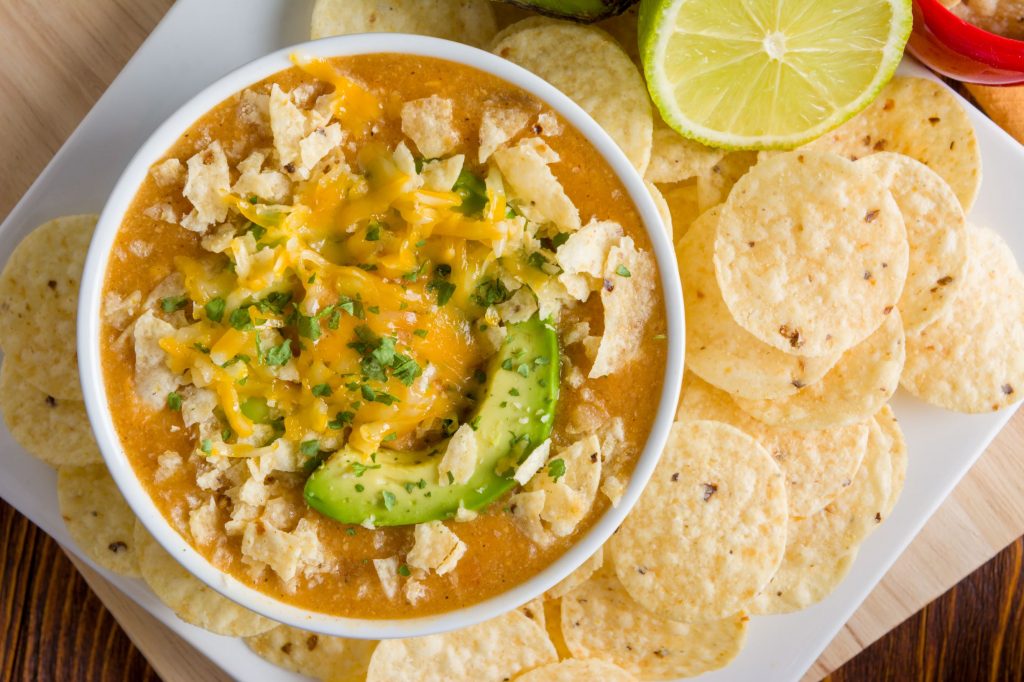 How the Chili’s Southwest Chicken Soup was born!

Hot on our meatloaf recipe, which can be found here, we have our Chili’s Southwest Chicken Soup recipe.

American, Mexican, Native American, Mayan, Arab, and Spanish conquistador all of them have gathered up to make the perfect dish.

“It must be hot as my wife”, – said Mexican, and they added jalapeno peppers. Without any words, Native American added corn. Mayan wanted to throw in meat with the blood but there was no time to hunt, so he has looked in his pockets and found beans. Spanish conquistador brought in a whole bag of spices. Arab was astonished looking at this plenty and said: “I want this to be a Kebab!” and followed his words with a pita. American has put the turkey’s breast and he said laughing: “Thank You”.

Powered by Magic of Fire, and provided by the head Mage of “Relative Cooking”.

The most important part of any soup is the freshest and tastiest ingredients:

–         Cheese (preferably parmesan but any  firm cheese will serve nicely)

Start the kitchen magic by preparing the chicken broth.

Take any part of a chicken that has meat on it, boil it for 10 minutes, add some salt, pepper, ground oregano, garlic powder, ground cumin, and cook until the chicken is done.

Leave the broth alone, and shred the chicken meat (the easiest way is to remember our ancestor’s ways, and do it bare hands style)

Going back to civilization dice a green pepper, a medium-sized onion, one jalapeño (seeds and ribs can be removed if you want less heat).

Crush two cloves of garlic with the knife first for maximum flavor, and then chop it up.

*little tip to melt butter for happy microwave owners. Put your butter in there for half a minute on a small temperature, and voilà the melted butter is served.

Take your mamma’s large pot, and rub the butter in, add pre-diced onions and fry it until it becomes nice and brown, throw in the peppers, jalapeno, garlic. Cook on a slow fire. The peppers should only begin to soften.    Now it is time to spice it up, Mexican style if you know what I mean;)

Chilly powder, paprika, dried basil, as a cherry on atop the lime juice. All aboard.

After adding all those shades of flavor we get a truly unique and unforgettable taste.

Stir it until the flour has fully absorbed the butter and cook slowly for about a minute.

Let’s follow it with the chicken broth and whole milk or heavy cream for the tenderness and a wonderful smell.

Drain and rinse the canned goods and mix them into the soup.

To put your chili on one page with the history of our lands add one cup of sweet corn.

Cook this nicely for at least 45 minutes with a hat on, then uncover the beauty for at last 15 minutes.

While you are waiting try diving even deeper into the Mexican culture by listening to Mariachi.

*A small tip for serving with tortillas. Preheat the oven to 400°F. Cut the chips into small pieces, then add a spoon of oil, and some salt. Spread the pieces onto a bar pan or a cookie sheet. Bake for about 10 mins until they get all crispy and crunchy.

One big soup ladle of sour cream for the top creaminess. Shredded the cheese for cheesenes and sprinkle some tortilla chips as a final God’s touch.

If you are a true gunman add slices of the sweetest avocado on a side to contrast the hotness of chili. 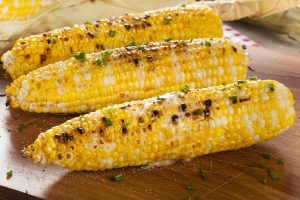 Side Dish For Our Chili’s Southwest Chicken Soup

As a side dish I would recommend the easiest dish from the whole diversity of Mexican cuisine: Elote (grilled corn). To make it we will need

A spoon of  mayonnaise

Chili powder for your taste buds

Cooking is easy, especially with this one;)

Heat a grill or an oven, even a toaster will do!

Get those fresh cobs in there already!

Cook turning often until they are charred a little (at least 10 minutes).

The mix of cilantro, mayonnaise, cotija, and chili is a perfect sauce for the flamboyant corn.

Add some lime wedges on the side, don’t be a hillbilly.