Want To Know How Long Does It Take To Cook Potatoes In A Slow Cooker At Home? 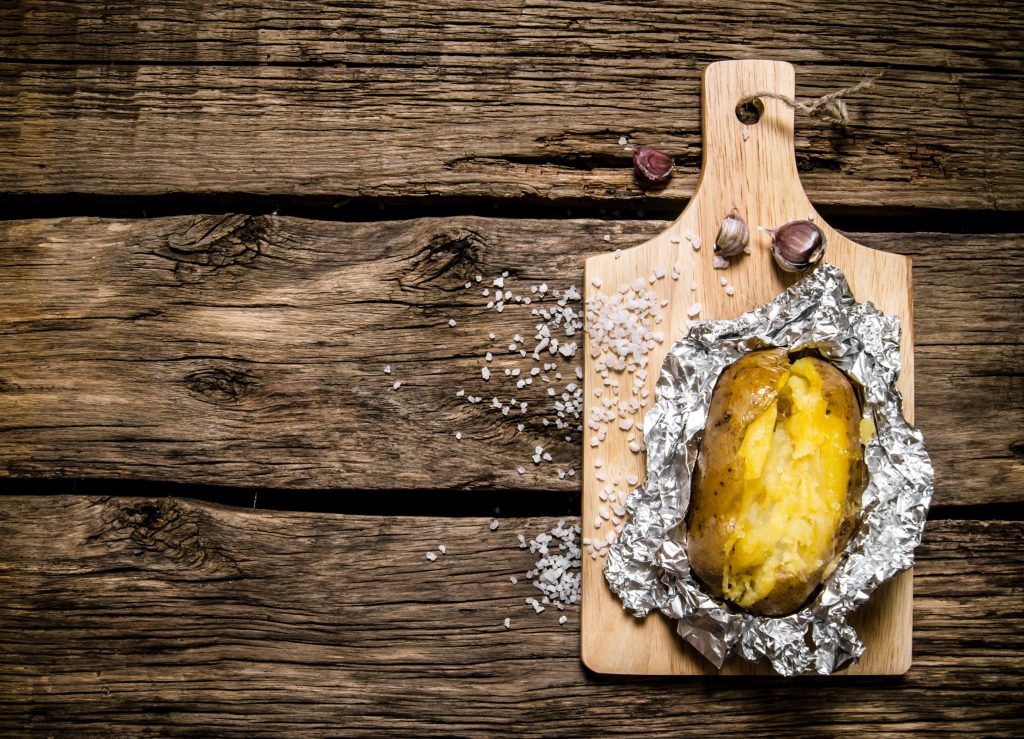 If you are new to using a slow cooker, you may be wondering how long it takes to cook some of your favorite dishes. I also felt the same when I bought my own slow cooker. I was doing a lot of running in those days and wanted to load up on carbs, so I was taking a lot of pasta and potatoes. This is what I found after some research:

So, how long does it take to cook potatoes in a slow cooker?

As I mentioned earlier, this depends on two factors:

It’s obvious that the bigger the size of the potato, the longer it will take to cook. I love to make large-baked potatoes in the crock-pot, which has a longer cooking time. It will take far less time to make smaller baby potatoes or those that have been cut into pieces.

Moreover, the power of your slow cooker will have an impact on cooking time. In this article, I talked about cooking on a low heat or high heat, but this depends on your slow cooker’s power and the number of heat settings it has.

Although I prefer baked potatoes, it is so annoying that I need to waiting hours for these to cook. So, I started looking for better ways to cook baked potatoes. After trying some other methods, I realize that the advice of cooking potatoes for 8-10 hours on a low heat and 4-5 hours on a high heat is on point. Here’s how I cook larger ‘baked’ potatoes: 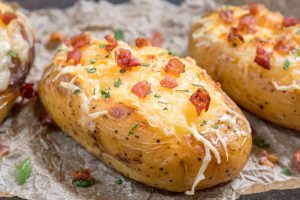 It is also very easy to cook smaller potatoes in the crock-pot, and in my opinion, they taste better than baked ones! Since I purchased my slow cooker, I have been making my potatoes this way.

The cooking time of chopped-up potatoes is shorter than that of large potatoes. As I have already said, smaller or chopped up potatoes takes 4-5 hours to cook on a low heat and 2-3 hours on a high heat.

Aside from smaller potatoes and larger baked ones, a slow cooker can also be used to make mashed potatoes. I’ve done this a couple of times, and it’s simple to do. I realize that the potatoes can be mashed once they have cooked inside the slow cooker for some time. 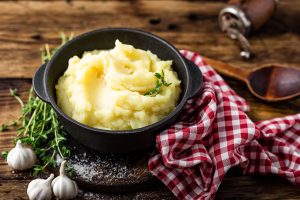 These are ideal served with Meatloaf, as we suggested in this article here.

Do you need to boil potatoes before putting them in a slow cooker?

No. You don’t have to boil potatoes before you place them inside in the slow cooker. Although doing this will reduce cooking time, the purpose of using a slow cooker will be defeated. Boiling and then cooking potatoes inside a slow cooker would overcook them. So, it is not advisable.

Does a slow cooker require liquid to operate?

Generally, slow cookers don’t need liquid to work. If you want to cook potatoes, you don’t have to put any liquid inside the cooker aside from non-stick spray used to coat it.  Water doesn’t evaporate in a slow cooker as it does in an open pan, and cooking meat in a crock-pot containing a lot of water can dry it out.

Can I put aluminum foil in a slow cooker?

Sure. There is no harm in using aluminum foil in your slow cooker. You can use it to wrap big potatoes if you want to make baked potatoes. Doing this aids cooking and makes cleaning the cooker much easier.

Hopefully, now we’ve answered for you the question of how long does it take to cook potatoes in a slow cooker and you’re now better informed!