How to Season A Cast Iron Skillet & Cookware

Quite probably, if you own a skillet or any piece of cast iron cookware then you’ve heard about seasoning it. So let’s dig into how to season a cast iron skillet, quickly and easily.  This has long been regarded as an important aspect in deciding the good taste and flavor of the food and it tasting great! But how do you go about seasoning it if it isn’t already pre-seasoned? We’ll let you into some nifty little chefs’ secrets to get you on your way. This will also be useful information if you ever find that the pre-seasoning has diminished and been lost.

Quite simply, seasoning a piece of cast iron is the process of getting vegetable oil or other similar oil to absorb well enough into the cookware so that it’s “seasoned.” This will ensure you have decades of being able to sear, sauté, bake, broil, braise, fry or grill without worrying. Ok, when and how do you do that?

If you procure for yourself a piece of cast iron which isn’t pre-seasoned, which most newly manufactured cast iron isn’t. So before you do anything with it you need to season it. If you don’t, most everything you cook in the cast iron piece will stick to its surface. Again for emphasis, before you cook anything in a newly acquired piece of cast iron cookware you’ll save yourself a lot of headaches if you season it first. We’d suggest a 12″  or 10.25″ Cast Iron Skillet as the ideal size for couples or families. 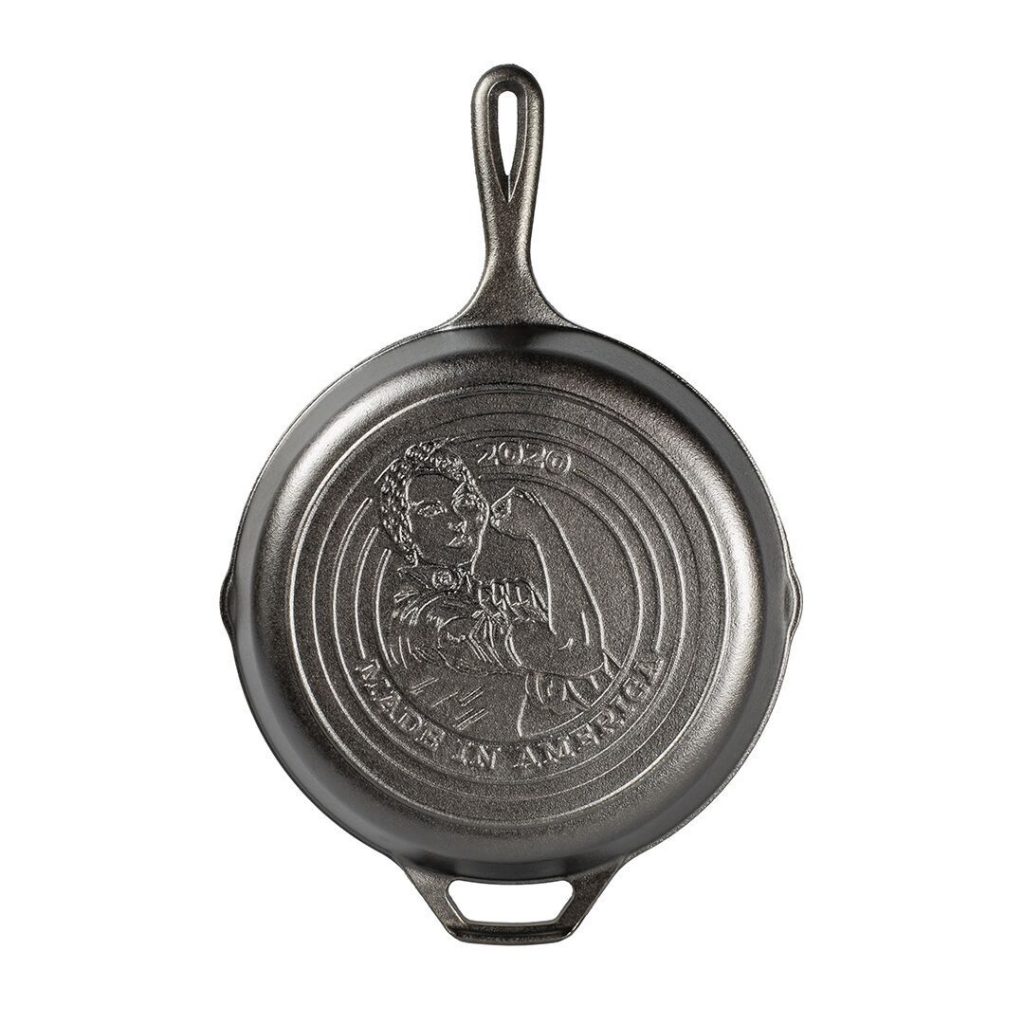 How To Season A Pan For The First Time

Here’s how to do it.

2) Slather or generously coat the entire piece of cast iron, both the interior and exterior, with vegetable oil, similar oil or melted vegetable shortening.

3) Once the oven is a solid 350º F., put the piece of cast iron cookware upside down in the middle of the middle oven rack. Make sure you have aluminum foil or, even better, a large cookie sheet on a lower rack to catch the drippings from the piece of oiled cast iron.

4) Bake for one hour. Then turn the oven off and leave the piece of cast iron in the over to cool down. That’s it-you’re done!

When you take the piece of cast iron out of the oven it should look like it turned brown from the original grey. If you want to get the cast iron to turn black, rather than brown, repeat the seasoning process two, three more times or until you get to the desired color you want. Note that it will be difficult to get the cast iron to the darkness you find in pre-seasoned cast iron cookware because a home oven just isn’t going to be able to replicate how it’s done at a foundry.

If you find your piece of pre-seasoned cast iron cookware has started giving off a metallic taste to the food you prepared in it, or your piece of cast iron has started sticking in places, simply follow the above enumerated seasoning process. You will need to take good care of your pans and skillet. We have more information on this here in the article we published earlier.

One thing we’d suggest is don’t just buy the cheapest skillet out there, invest in a quality product. You can buy pre-seasoned products which can save you time if you prefer.