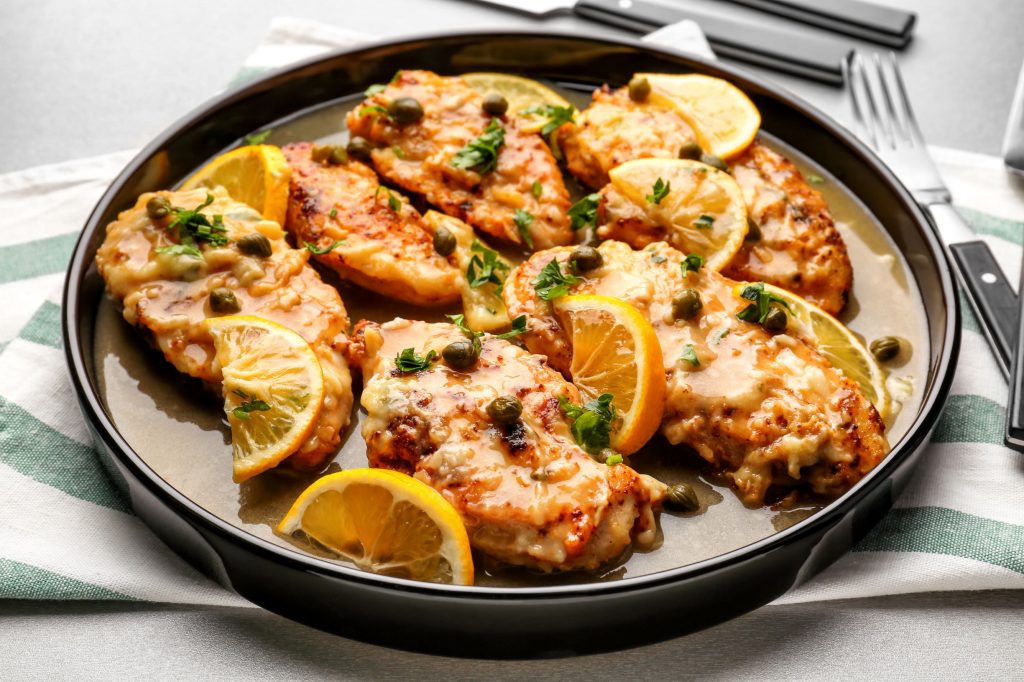 After tasting this Chicken Piccata Pasta you may also believe that spaghetti is something spiritual.

–         a pound of chicken (I would recommend Striploin chicken hips, coz they are not as dry as breasts)

–         couple fresh broccoli florets (please, don’t use the frozen ones, it’s a crime against flavor)

–         breadcrumbs and Parmesan cheese for serving 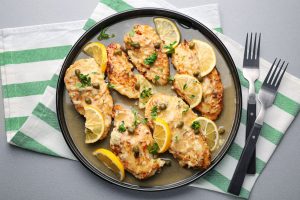 As a long time Pastafarian I feel my duty to tell you the most important part of cooking any pasta. The more water you add less sticky and gooey your pasta will be. So take the largest pot you have and fill it with life-giving water, add salt, and taste the water (for the Goodness of Spaghetti Monster don’t forget to taste your dish every time you season something). Now set the world on fire to heat the water.

While we are waiting for the water to boil let’s prepare the divine sauce to indulge the Spaghetti Monster.

A small tip to coat chicken with spices: take a plastic bag, pure in your spices, add precut chicken, and shake it, baby!

Take a deep skillet and heat it. Pure some olive oil, throw in our magic mushrooms, brown them on a medium fire.  Then add spicy chicken, fry it but not dry it. The red invaders – an army of tomatoes appear in our skillet. Be careful and don’t forget to cut them into pieces, then fry and stir for another 2 minutes. Ok, while these guys are waiting in the bowl, we are going into the next phase.

The same pan (don’t even try to wash it, only add new butter) but different ingredients. Dice the garlic cloves and broccoli, make them golden. Liquefy the mix with chicken broth and wine, make it bubble. Add capers and juice squeezed out of two lemons. Cook it for five minutes.

At this moment I would look at the boiling water and the first appearance of the Spaghetti Monster happens! This heavenly guy likes to be al dente (it means that pasta should taste a little rubbery).

Let’s raise a chicken-tomato army from the demob bowl to invade the skillet, and the magic mushrooms will be their aid. Meanwhile, we take a remaining lemon, slice it and fry in the rest of the butter using some sugar to caramelize it. 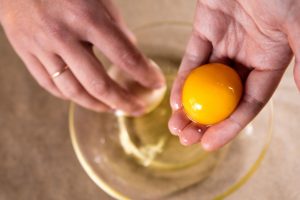 To make this pasta truly amazing I advise you to prepare a special sauce. So, we need to mix cream, salt, pepper, and one egg yolk. The easiest way to divide whites from yokes is to break an egg into your hand and let the whites slip through the fingers.

Then mix it all with drained pasta and continue stirring until pasta absorbs the rest of the liquid.

Serve with Parmesan cheese, minced parsley and if you`re into that staff sprinkle some breadcrumbs. This easy recipe will help you in creating nihilistic breadcrumbs:

Cut the leftovers of bread and place them in the prepared oven (heat oven to 250 or 120 C) on a baking sheet for 30 minutes. After that turn them over (to see that even bread slices have their dark side), admit it, and continue drying them with humility. Now it’s time to crush all previous believes into negligible breadcrumbs. You got your portion of fatalism that you can use to decorate all-seeing Spaghetti Monster. 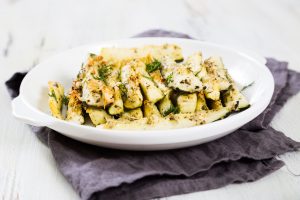 On the side, you can place Parmesan Zucchini.

For this tiny dish, we will need:

Slice zucchini with a vegetable peeler if you have one, or practice your chef’s skils and slice it using a knife. Then put this beauty into a bowl and cover with butter. Salt, ground parmesan, and the zucchini are ready to be microwaved from three to four minutes.

While tasting divine pasta, you can indulge in consuming some food for the soul reading The Eight I’d Really Rather You Didn’ts of Pastafarianism.
We’ll be adding more recipes as we go, so stay tuned!